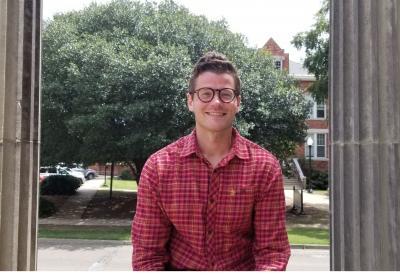 Dr. Shawn Lambert is an Assistant Professor in the Department of Anthropology and Middle Eastern Cultures at MSU.

Shawn is a southeastern archaeologist whose primary research focuses on the Early Mississippian period (ca. A.D. 800 – 1200). He also has a special research interest in the Pre and Post-Removal Native American period (ca. A.D. 1700 – 1860). In particular, he specializes in remote sensing and the analysis of ceramics, including design style, trace elemental analysis, and iconography to seek detailed histories of development, transformation, ritual integration, and movement of communities and interaction networks.

His geographic area of interest is the southeastern United States, and in particular the Arkansas River Basin and Lower Mississippi Valley. His primary field projects are the famous Spiro Mound site in eastern Oklahoma and other mound centers in the Trans-Mississippi South.

Shawn also has a passion for public archaeology, collaborating with descendant communities, and making archaeology accessible to all people and places. He bridges the past and present with 21st century technologies that include 3D printing, laser-scanning, and virtual and augmented realities.

Shawn has recent projects in Oklahoma, Arkansas, Texas, and Louisiana that focuses on the role of ceramics in building and sustaining interregional community interactions. He combines the close study of vessel surface decorative strategies and the results of trace elemental analysis of the earliest known fine ware pottery from Caddo ceremonial centers distributed across multiple regions. The analysis revealed that the widespread distribution of early Caddo fine wares was produced by a few potting communities and transported hundreds of kilometers north to Spiro and other ceremonial mound centers, perhaps as gifts to maintain long-distance social ties.

Using design style, iconography, and trace elemental analysis of early Caddo fine wares recovered from Cahokia to understand interactions between the Caddo and Cahokia people during the earliest parts of their histories.

Submitted a collaborative NSF grant investigating sexual assault and violence in academic field schools. The objective is to produce a series of critical components or best practices that field school directors can implement to create and maintain a safe, inclusive, and harassment-free field school environment for undergraduates.