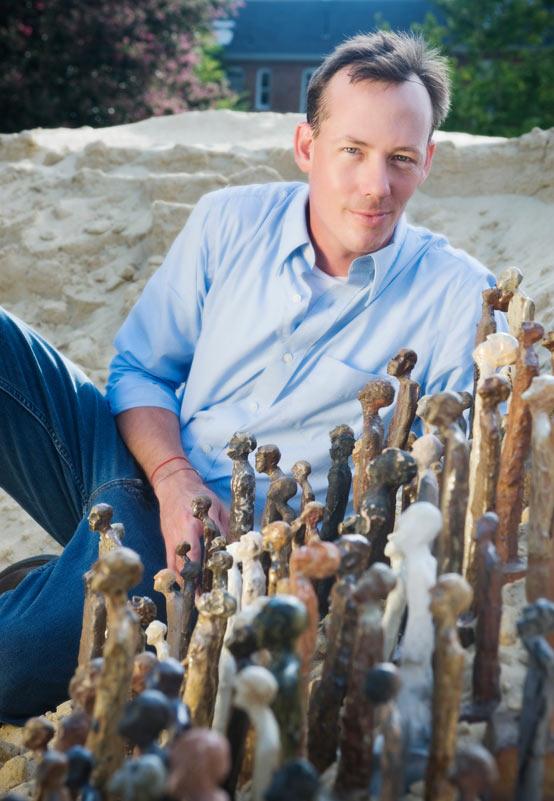 Dylan Karges is a native of Pisgah in Rankin County, Mississippi. He received a Bachelors of Fine Arts degree from MSU in 2002, with an emphasis in sculpture. Karges began working at the Cobb in 1998 as a student doing technical illustration work for both the Near Eastern and North American research programs. In September 2004 he assumed a full time staff position, with responsibilities including management of the Institute's graphics lab and support of the Lois Dowdle Cobb Museum exhibit program. Karges has had wide experience as a studio artist, sculptor and exhibitor and has participated in management and curation programs with several galleries. His ceramic creations and other art work have been displayed in many local and regional galleries. In 2001 he provided art direction for "Isaqueena" an independent film project and between 1999 and 2004 designed and painted or installed a number of large scale public art displays in cities throughout the region including Okolona, Columbus and Macon. Most recently he produced a second mural in Macon welcoming the public to Noxubee County. In 1999 he participated as a field illustrator for the Lahav Research Project's excavations at Tell Halif, Israel and in 2000 he traveled to Israel to work on object illustrations for the Tell Gezer Project. During 2001 and 2003 he served as a landscape foreman with Phillips Design Group, and in 2003-04 served briefly with an Americorps VISTA community building effort in Meridian, Mississippi. In addition to his other creative efforts Karges also enjoys finding time for gardening, fishing and cooking.